The U.S. Securities and Exchange Commission’s (SEC)  lawsuit against Ripple is set to stretch into 2023, after a proposed schedule for summary judgement outlined a much longer timeline.

The SEC and Ripple on Friday filed a joint letter recommending a schedule for summary judgment. Both parties agreed to initiate a summary judgment opening brief from August 2, 2022. However, the final briefs will only be due by December 20, 2022.

Along with this, a motion to exclude the testimony of experts is also being submitted.

The letter states that any opposing motion for summary judgment and reply over the motion to exclude the expert testimony must be submitted by November 2. 2022. Attorney Jame Filan believes that Ripple and other defendants agreed to this timeline in order to avoid any further delays. If the defendants wouldn’t have consented to this timetable then the motion schedule could have stretched to 2023.

John Deaton, attorney for XRP holders, termed this scheduling “worse than expected”. He added that with this delay the result of this crucial lawsuit would be out by end of March 2023. However, Deaton mentioned that settlement over emails and edited documents related to Hinman’s Speech will be down before the ruling.

Brad Garlinghouse, Ripple’s CEO and defendant in the case criticized the delay. He said that the regulator doesn’t need to abide by its own rules.

The SEC seems perfectly content to let the US fall further behind – all in the name of protecting their own jurisdiction at the expense of US citizens. Politics over policy is good for no one. We need a clear regulatory framework now.

Hoping for a quicker conclusion?

Stuart Alderoty, General Counsel for Ripple, asserted that the defendants and court are pushing hard to resolve this case as soon as possible. However, the commission is still sticking to its delay tactics. He also expects the resolution of the lawsuit in 2023.

Alderoty blamed SEC for the rug pull for the XRP holders as over $15 billion market cap of the token was crashed the day the case was filed. He added that, back in 2020, the SEC avoided court interference in order to pause XRP token trading in the country. However, he mentioned that this seems to be a joint filing but going through the SEC’s past record, the next iteration would have come very late if they wouldn’t agreed on this.

Ashish believes in Decentralisation and has a keen interest in evolving Blockchain technology, Cryptocurrency ecosystem, and NFTs. He aims to create awareness around the growing Crypto industry through his writings and analysis. When he is not writing, he is playing video games, watching some thriller movie, or is out for some outdoor sports. Reach me at [email protected] 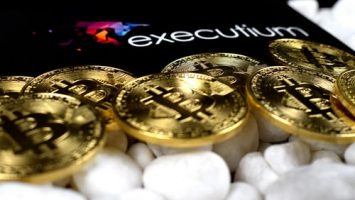